Release of International book: DTx An Opportunity for Italy and Beyond

Originally aimed at Italy, the new international edition of the book curated by a panel of Digital Therapeutics experts covers the global DTx landscape, from R&D to scientific validation and go-to-market aspects.

PRESS RELEASE Milan, Italy | September 27, 2021 - Originally published in January 2021 for Italian audiences, the international, updated version of "Digital Therapeutics: An Opportunity for Italy and Beyond" is now available in English. The newly released version of the booklet includes updates to the previous content, expanded insights with a broader European perspective, and a new chapter dedicated to the ethical aspects of DTx.

"This book represents an update to the volume published in Italy at the beginning of 2021, as well as a more international vision of the Digital Therapeutics theme and a new chapter dedicated to the ethical aspects of the development and use of these products. The objective is to present analyses, proposals, and recommendations for the design, clinical validation, and access to the DTx market, with particular reference to the context of a country such as Italy, which has excellent potential for research and development and market placement of these products, none of which is currently yet registered in our country," said Gualberto Gussoni, Scientific Director at Centro Studi FADOI.

Promoted by the Smith Kline Foundation, the project is the combined result of a working group consisting of approximately 40 experts from the clinical, academic, regulatory, medico-legal, industrial, and health economy fields, as well as Patient Association representatives and digital health innovation organization Healthware Group.

Included in the many significant topics presented in detail is the primary mechanism by which DTx technology works to achieve therapeutic effects, primarily via user interaction in the correction of dysfunctional behaviors typical of many chronic diseases such as metabolic disorders like obesity, hypertension, and diabetes, and neuropsychiatric conditions such as depression, anxiety, dependencies, insomnia, schizophrenia, autism, and ADHD.

While drug treatment typically interacts passively with a patient’s biology, DTx interacts with their thoughts and behavior patterns, requiring active participation on the part of the patient and/or caregiver. As a component of the treatment pathway, DTx can work as a standalone modality, or in combination with drugs and other treatment measures for the target pathology/clinical condition.

"Collaboration between innovators and the different players of the healthcare systems, stimulated by these initiatives, will be crucial to gain more awareness and facilitate the adoption of this new generation of therapies," says Healthware CEO and Founder Roberto Ascione.

For treatments that can produce a therapeutic effect, basing the development of DTx on randomized, controlled clinical trials, such as those of new drugs, will enable rigorous evaluation of efficacy and safety. Evidence generated by these clinical trials and compliance with technical validation standards would then qualify DTx to receive the regulatory authorization required for clinical use.

Unlike the abundance of freely downloadable wellbeing apps, DTx products are meant to be prescribed for a therapeutic indication and potentially eligible for reimbursement by national health services subject to health technology assessment studies. Fulfilment of these conditions, together with a medical prescription (prescription DTx), can also set digital products apart and give them specific recognition without ruling out the possibility of being reimbursed through private sector agreements such as insurance coverage and/or being marketed to patients directly by manufacturers, as in the case of OTC medicines.

"In some countries, such as Germany, France, and the United Kingdom, certain Digital Therapeutics are readily reimbursed and marketed. However, most European nations are in a situation like Italy, which is characterized by a poor knowledge of the therapeutic opportunities offered by DTx, uncertainty about how they are developed technologically and clinically, and the lack of a defined pathway for their reimbursement by healthcare systems," states Giuseppe Recchia, Co-founder and CEO daVinci Digital Therapeutics and Vice President, Smith Kline Foundation, who has promoted the project. "We intend to give the necessary answers to these questions with this project – perhaps not all, but certainly the majority – so that Digital Therapies can become a standard component of healthcare in all European countries".

For the working group's complete recommendations, including the identification of institutions, pathways, and processes that can give appropriate recognition to the role of DTx within the various national health services, as well as the clarity needed with respect to the governance of a rollout over a period of years, the full booklet can be accessed here. 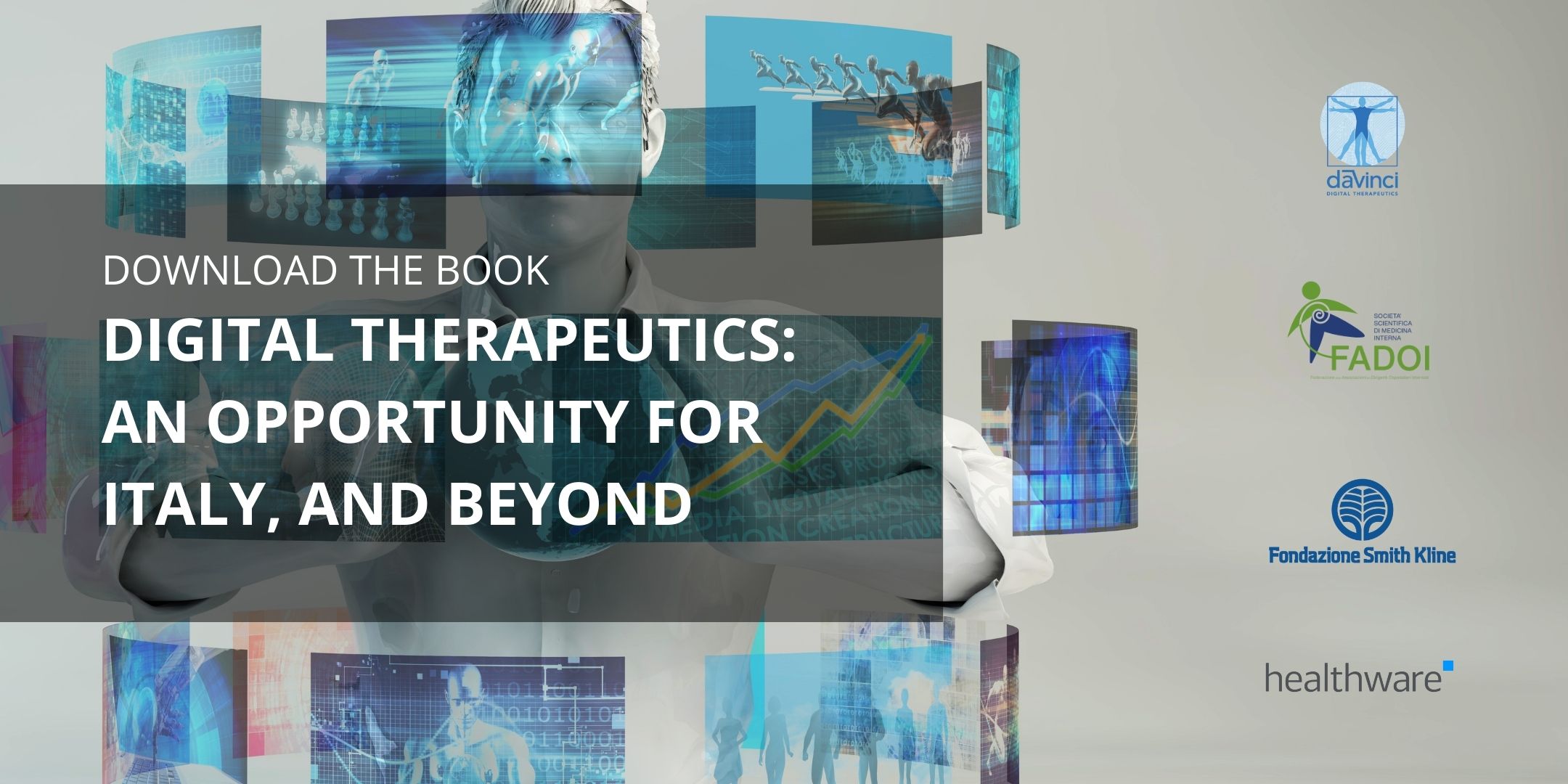