Virtual Reality (VR) is not a new technology, the first prototype dates back to the late 1960’s. In the early 1990’s VR returned and was marketed to the masses as the technology of the future.

However, at that time the technology was not able to fulfill its marketing promise and simply faded out as it was based on complex and expensive hardware rigs. That all changed in 2011 when Lucky Palmer, a young Californian student frustrated with the inadequacy of the expensive head-mounted displays decided to create a prototype called CR1.

Thanks to a substantial Kickstart Campaign of 2.4 US Million, VR was back with a cost-effective solution for the masses.

VR creates a 3D virtual environment without boundaries or screen. This is due to the VR headsets or HMDs (head mounted display) using small screens and lenses providing two separate images to the left and right eye. The lenses focus and reshape images in order to create what is referred to as a stereoscopic 3D image.

Our brain perceives the combination of 2D images as 3D. The concept of the stereoscopic image is well known and was invented in 1838 by Sir Charles Wheatstone and used for still photos and is still being used today to provide 3D in cinemas and on your HDTV.

The main difference is that with a VR headset you don’t have the perception of looking at a screen since the images are so close to your eyes, covering all your field of view (100 or 110 degree approx.). By using head tracking, the image in front of you shifts, as you look up down and side-to-side.

Virtual Reality is a magic trick for your brain and to work seamlessly requires:

The main reason why all previous experiments failed to deliver a VR experience is that technology required to power this idea was not yet user friendly and affordable.

By 2010, all the pieces began to be user friendly, affordable and readily available and finally VR was ready for the masses and all this was mainly due to the convergence of gaming and mobile.

In 2014, Facebook acquired Oculus VR for 2 US Billion and in 2015, all the others followed. Sony with their project Morpheus, Microsoft and the HoloLens and Valve in collaboration with HTC announced VIVE. However, it was Samsung in collaboration with Oculus that released the first fully mobile VR headset and Google introduced the Cardboard. The Google Cardboard is simply a headset made out of cardboard making for the first VR budget experience.

VR can also be a game changer for healthcare.

VR can be a game changer for many healthcare related industries, if we take pharma for instance, it can change medical education by opening up a new world of possibilities.
VR can be the most cost-effective and engaging method for clinical education and training for healthcare professionals. Imagine physicians in a risk-free environment able to practice life-saving procedures, or surgeons being able to practice a difficult surgical procedure using diagnostic scans of their patients prior to the actual surgery!

VR can also be used for managing treatments and what better way to demonstrate MOA (mode of actions) scientific animations for both healthcare professionals and patients?
VR is already being used by pharma companies to illustrate their marketing and scientific communications at events and congresses, and it will not be long before some enterprising marketers will create VR programs for reps to use during detailing calls! 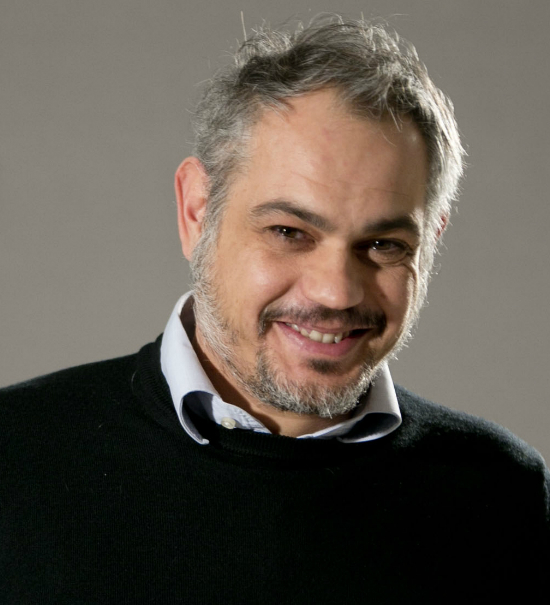 Fabio leads a multidisciplinary team that designs, prototypes and develops cutting-edge solutions to create engaging experiences for both medical professionals and consumers

facebook twitter
Dancing with the FDA The role of microinteractions in designing digital health experiences
get in touch
We are always looking for original stories. Contribute as author