The robots of dawn

Just when you think Elon Musk can't do anything else to amaze world opinion, here he is pulling yet another innovation out of his top hat.

For any other human being, to have produced disruptive changes in just one of the fields he touches - energy, automotive, aerospace, internet, urban transport, artificial intelligence - would be enough to be counted among the geniuses of all time.

Not only has Musk achieved all this, but he proves time and again that he has thrown away any concept of incremental and specialized progress, and that he recognizes the science fiction literature of the last century as his only instruction booklet.

In a short, unconventional and significant presentation, he outlined a humanoid robot that Tesla plans to build, in his words, within a year.

In his vision, entrusting Tesla with the construction of this new generation of cybernetic organisms makes perfect sense. Tesla's cars are already semi-sentient robots on four wheels, so giving them a humanoid form is just a different way of materializing the same concept.

According to the preliminary design, the Optimus - a name explicitly borrowed from the best-known character in the successful Transformers series - will bear a striking resemblance in outward appearance to the flight suits conceived for SpaceX's manned missions. A combination of whites, greys and blacks, topped by a head reminiscent of the robot from Lost in Space.

What is most striking, however, is the fact that, if the final product is indeed produced in accordance with the design, all the robots we have seen so far will suddenly seem obsolete.

The attempts we have seen so far, such as Boston Dynamics' Atlas, are very obviously mechanical objects. They have a humanoid structure to the extent that we recognize a torso and limbs, but the similarity ends there. The movements, however interesting, are still jerky, and there is a strong impression that even the most striking performances - such as doing a parkour course - are the result of meticulous preparation and programming.

The perfect substitute for a human being

Tesla's robot, on the other hand, is a perfect substitute for a human being in terms of form and operational capabilities. According to Musk himself, in the near future it could be used in any human activity requiring physical labor, completely replacing its creators. Aware of the social implications of such a revolution, the ingenious South African entrepreneur added that this will undoubtedly necessitate the large-scale adoption of a universal social income.

As usual with anything that comes from Musk's mind, however, to think that the creation of humanoid robots is something purely for terrestrial use would be a gross mistake. Anyone who follows all the different developments of his work closely, and has an elementary ability to connect the dots, cannot fail to see that this has only one destination: Mars.

Humanoid robots, unlike those of Boston Dynamics, can be loaded onto a Spaceship using conventional seats. Once there, they can use the materials and tools they will have brought with them to create the basic structures that will accommodate the first human crew.

And nothing less than tools for the colonization of Mars are all the other developments in this grand vision: the high-capacity batteries, the high-efficiency solar panels, the Cybertruck for getting around on the surface, the Boring Company tunnels that will be used to create the underground environments for humans to defend themselves from solar radiation and sandstorms.

If we were to bet on Musk's next announcement, we would put all our money on something related to food production, such as advanced methods of cultivation and breeding, genetically modified microorganisms to produce nutrients, biomass and colonize the surface of the Red Planet. This is of fundamental importance for the permanent habitability of Mars and the realization of the dream of making the human race the first multiplanetary species.

As with the Apollo Project for the Moon landing, implementing technologies useful for space exploration generates multipliers for innovation in many fields. Especially if different strands of development combine in a single stream, resulting in something completely new and unthinkable.

Musk's Neuralink project was conceived as a radical solution to the human-computer interface problem. This approach involves the implantation of chips in the brain, which would enable owners to interact directly with computers. The applications of this technology are potentially immense and trace the vision of the Singularity outlined by Ray Kurzweil some years ago.

A human being could acquire information directly from the Web and use it to perform actions. In a scenario not very different from that of the famous film Matrix, it would be possible to acquire abilities - at least cognitive ones - without limits, and instantly learn to do anything. At the moment, this dream is at odds with our imperfect understanding of the informational, associative and action-related mechanisms of our brain, and will certainly take time to realize.

Where no man has gone before

Different and closer are the possibilities concerning the interface of the human mind with robots. The time is not far off when it will be possible, for example for paraplegic or tetraplegic patients, to command a cybernetic organism with their minds in the real world.

In a synthesis of Isaac Asimov's novel of the same name and Gene Roddenberry's dreams, Robots of Dawn is preparing to take us where no man has gone before.

This article was published for the first time on LinkedIn Pulse on August 21, 2021 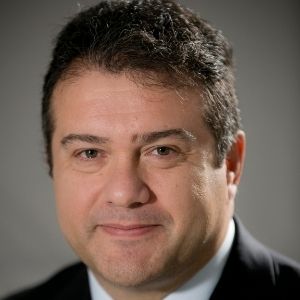 Ferdinando is a senior advisor for healthcare companies at global level, specialized in Strategic & Digital Consulting. He is a dedicated Wikipedia author (21.000+ contributions) and a Collaborative&Social Media expert.