The increasingly important role of payers as arbiters of what works and does not in the therapies they cover will result in payers exerting even more influence or outright acquisition of providers and point of care facilities.

This will further empower payers to move beyond risk management and create and implement prevention programs for their members to help lower overall healthcare costs, and boost profits.

But the billions dollar question is, what actually constitutes prevention, and what areas of prevention does it make sense for institutions to invest in? Likewise, for those of us that like to think and operate outside the solid lines, where should we put our focus and efforts to create amazing new technologies and platforms that can help prevent disease before it sets in?
The balance to strike is unfortunately one that bypasses an individual’s health needs, and looks at the problem holistically, through the wide-angle financial lens of large scale cost vs. benefits. Let’s take a look at a specific scenario to illustrate this point.

Lung Cancer is the second deadliest disease in the US, after cardiovascular disease and can ultimately impact one in 14 people in the general population. It can be brought on by a number of factors, but genetic predisposition is known to be one of the risks that can cause its onset. If someone knows that they have a history of lung cancer in their family, that person might reasonably want to gain access to an early diagnostic program that can identify if they have the genetic markers for lung cancer in their DNA, and will likely want to embark on an early treatment program to try to stop the disease in its tracks if it is diagnosed early.

While the technology is already available to do this type of testing, instituting a large scale lung cancer prevention program to test the general population will only identify a small subset of high-risk people. Of these people, only half will respond to therapy, and only if it was caught early enough. Given the expenses involved with testing, and the potentially small target it will help, early testing across the general population will not be the most cost effective use of resources in the prevention of Lung Cancer.

Likewise, subjecting people to cancer treatment that they might actually not need at that point in their lives, will cause a whole host of other health issues caused by the treatment itself. So in the end a cautious recommendation would be that to test only individuals already at high risk rather than the entire population.

This type of cautious stance on genetic testing is also the reason why the FDA has voiced concerns about the types of results that companies like 23andMe make available to their customers. A genetic marker for a particular disease doesn’t necessarily warn that the disease will actually manifest itself in a person, and if that person finds out about the marker’s existence and insists on getting early treatment for it anyhow, the treatment could very well do them more harm than good…

But what if we, as a mission, want to prevent lung cancer nonetheless? Another more feasible approach (but one that takes a longer time frame, and requires multiple stake holders in private business and public institutions) would be that of trying to reduce the overall incidences of lung cancer to begin with, by reducing or eliminating some of the known cancer causing factors out there. This type of larger scale approach, driven by scientific evidence, has already happened over the last 3 decades, and specifically it has included things like:

Some changes in population health will also happen through technology, but indirectly. One of the unintended benefits that electric vehicles will have once they are mass produced and on the world’s highways, is that we will likely see a decrease in lung cancer rates due to lowered air pollution. Who would have ever thought that an electric car will indirectly contribute to the lowering of healthcare costs?

But what if you are a digital health startup looking to make a difference in a therapeutic area? The examples above show that there are many paths that lead to solving a health problem. Scalability, and the potential to reach a very large segment of the population are key to creating impactful results. Moreover, healthcare stakeholders like insurance companies have some very well defined economic factors that they consider before adopting any new solution. The idea you bring to the table will need to demonstrate that it can cause a small incremental but real benefit to a very large slice of the population, at which point the economies of scale start tipping the balance towards a solution that will produce significant results and that makes financial sense.

We are always looking to work with exciting new digital health startups, so contact us for partnership opportunities. 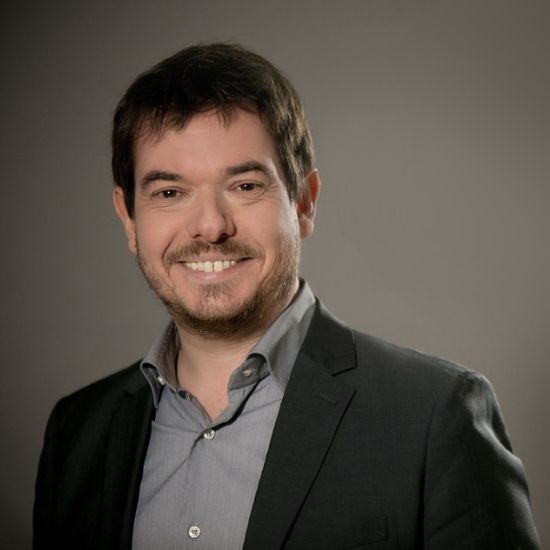 Roberto is a pioneer in digital health and a recognized thought leader, people-inspiring founder, serial entrepreneur and global manager. With more than 20 years of experience he has been focusing on marketing and communications, business transformation and innovation in health and wellness.

Read more about his story.

facebook twitter linkedin
Just met 24 digital health innovators in the heart of Europe! Dancing with the FDA
get in touch
We are always looking for original stories. Contribute as author