Marina Borukhovich and the best version of herself

A few months ago, at the Healthware Group’s LifeHub, we met Marina Borukhovich, the businesswoman who transformed her battle against cancer into a mission for the personalization of health.

Marina is CEO and founder of Color Eight and of the startup YourCoach.Health.

In 2014, while on vacation with her family, two smart teenage daughters and her husband Eugene, she received a message that totally disrupted her life, at least the one she had lived until then.
It all started with a breast lump for which she had to undergo a mammography, an ultrasound and a biopsy.

Marina had never thought of herself as an unhealthy person. Even the doctors during the checkups had not seemed to be worried. But this was not the case.

The report was clear. It was not a malignant tumor, but 5 tumors.

And so began her treatment path: an aggressive chemotherapy regimen, followed by a mastectomy and then a new cycle of radiation and two reconstructive surgeries.

I was treated not as a human, instead I was being shaped by my disease. I didn’t want to be treated like that’s all I am.

After more than four years, telling her story is still an emotionally charged experience. She smiles through her tears, her voice broken by the memory.

It’s a difficult story to tell.
Sharing this story, my story, has also helped other patients to look at their very personal journey through illness and treatment with different eyes. This has been the drive to share, change and improve the experience of those I meet.
I believe that we are not defined by our diseases, our disorders. We are an individual in his or her entirety and should be treated as such.

During her treatment, Marina accepted that there was a general lack of guidance and information that was specifically targeted for her needs.

So, she did her own research and found someone to help her follow the right diet during chemotherapy.

When she decided to exercise, she found a personal boxing trainer to help her.

In short, Marina had created for herself a team of health professionals, who gave her the personalized support she needed in the process of rebuilding herself, to become what she has called the best version of herself.

On her journey, she began to turn her research into a resource for others. She founded a community for women engaged in the battle against cancer and studied to become a health coach.

In 2017, cancer was back in her life. Marina’s father, her rock, was diagnosed with pancreatic cancer. During his last days, Marina’s father asked several times for milk with his coffee and on his cereal, but the nurses and doctors didn’t approve his request, as he was diabetic.

However, Health Coach’s studies suggested to Marina that the answer to her father’s needs were different. That each of us is so unique that you cannot generalize a path of care.

There is so much nuance to each human being

Marina graduated as a health coach immediately after her father’s death. That was the event that led her to found a startup dedicated to that very need that was not met during her care process: YourCoach.Health.

I want this to be accessible to everyone. It is not only for patients, or someone with a chronic illness. It’s for anyone that wants to feel better.

Marina’s approach is to think that the health system should not only be high-impact and based on personalized care, but also holistic, since many health issues “travel together” as comorbidity.

The article has been posted originally on digitalheathglobal.com 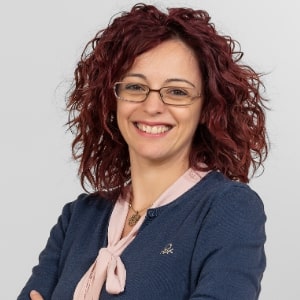 Graduated in Classics, after a short but intense work experience in London, Sara arrives in Healthware in 2011 as Content Coordinator and deals with international and Italian projects, in close collaboration with the Creative team, and with a fondness for Social Networking and blogging.

facebook twitter
The Hospital of the future told in Comatose, a book by Tony Estrella Think equal, build smart, innovate for change
get in touch
We are always looking for original stories. Contribute as author
Healthware - Intouch